Now the exhausting part of the festival kicks in. Truth be told, three films in a single day is not that many, especially considering that hardcore festival goers are more likely to see at least four or five a day if they can. And there have been days in the past where I've sat at home watching three or four films in a row. Yet there's something different about going out and actually attending screenings, getting up early in the morning for a long day of movie watching, restaurant dining, and discussing the films with others. Believe me, it takes a lot out of you; the festival wears you down faster than you'd think. 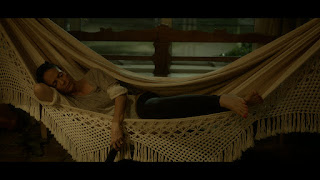 Exhaustion is a theme of the first film I attended today, Aquarius (grade: B+). Brazilian director Kleber Mendonça Filho's follow-up to his stunning debut Neighbouring Sounds (2012), the film centers on Clara (Sonia Braga), a breast cancer survivor who happens to be the only person left living in her building in Recife. A construction company eagerly attempts to convince her to sell the apartment, but Clara refuses: she's lived there for decades, and she will not be forced out by anyone. That is, until the company begins taking measures to evict her that escalate into a fight neither side expects.

More after the jump.


The film proves to be surprisingly timely, given the recent impeachment (and some would say coup) of President Dilma Roussef and allegations of rampant corruption throughout Brazil. Filho's film works effectively as an allegory for institutional corruption, using the metaphor of "cancer" (both literal and figurative) to comment on the internal problems in Brazilian society. Filho's patient camerawork and pacing gives the film ample time to grow, letting its loftier ideas breathe and develop on their own. That being said, the film does drag in some places, and Filho can be a little on the nose in his symbolism at times (neither of these were issues in his previous film).

This does not, however, mean that the film is overly political or polemic, and much of that is thanks to the incredible performance of Braga. As Clara, she makes a perfect, magnetic center for the film, playing her as obstinate to the point of alienating even her family with her unwillingness to move. Yet, in Braga's hands, Clara is more than just an immovable object facing an unstoppable force; she's sensual, anxious, courageous, and foolish. Braga makes her a complex character worth rooting for. She demands empathy, not sympathy.

Empathy is a crucial component of Zach's Ceremony (grade: A-), Aaron Petersen's new documentary. The film follows Zach, an Aboriginal teenager in Sydney who, with the encouragement and pressure of his dad Alec, wants to have an initiation ceremony, a significant ritual of manhood in his nation's culture. Set over six years, the film charts Zach's complex relationship with his dad and his heritage, from the racial bullying he endures in school to connecting with his ancestral land in northwest Queensland, and finally the ceremony itself, which had never been captured on film before. 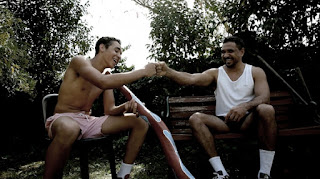 The film's greatest strength is its combination of personal documentary with cultural ethnography. By relating it's lessons on Aboriginal history and culture with the personal experiences of Zach and Alec, the film comes alive as a reminder that Aboriginal lives are not things of the past, but that they are as vibrant and crucial as ever today. The film's central relationship is engaging and, at times, infuriating in the way that only family can be. The only real issue is that, at times, Alec dominates the proceedings, overwhelming Zach's placement as the film's subject. Yet this is hardly a major qualm; Alec would make a fascinating subject for his own documentary, as he has a magnetic screen presence. The film's strong perspective on Aboriginal life makes it an essential watch.

Contemporary Color (grade: C-), on the other hand, could have used any perspective. The documentary captures the Contemporary Color show, a 2015 color guard event conceived by David Byrne as a showcase for color guards. Eight color guards hand-picked by Byrne are matched with artists such as Lucius, St. Vincent, and Devonté Hynes for a unique performance choreographed to new, original songs from the artists. 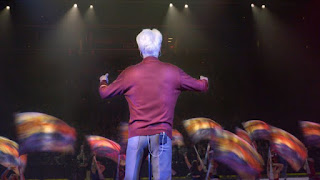 Let me tell you a quick story: when I was in high school, I was in the marching band, and I saw first-hand how neglected the color guard is. So conceptually, a film giving color guard their due sounds like a perfect showcase. And indeed, when the film does focus on the color guards, it comes to life: the routines look exciting, and there's a palpable sense of energy and "one last show" excitement coming from the young guard members.

The biggest problem with the film is that it doesn't focus enough on the color guards. Directors Bill Ross IV and Turner Ross cut seemingly indiscriminately between the routines (almost exclusively shot in medium shots, a la Rob Marshall), the musical performances, backstage footage, and random asides of the Barclays Center crew waiting for their next task. The filmmakers never take the opportunity to introduce the audience to the guard members, and when the guards do perform, the filmmakers stay in medium shots that cut out most of what's happening around any given member (this is similar to how Rob Marshall shoots dance sequences in his musicals; note to filmmakers everywhere: let us see your dance routines!). The result is a film that is scattered and unenjoyable with hardly any idea of why it exists. Once again, the color guards are denied their spotlight.

Tomorrow: another doozy of a day with Xavier Dolan's Cannes Grand Prix winner, a documentary about a female Afghan rapper, and a film dubbed the "Indian Bridesmaids."
Posted by Jason H. at 1:01 AM